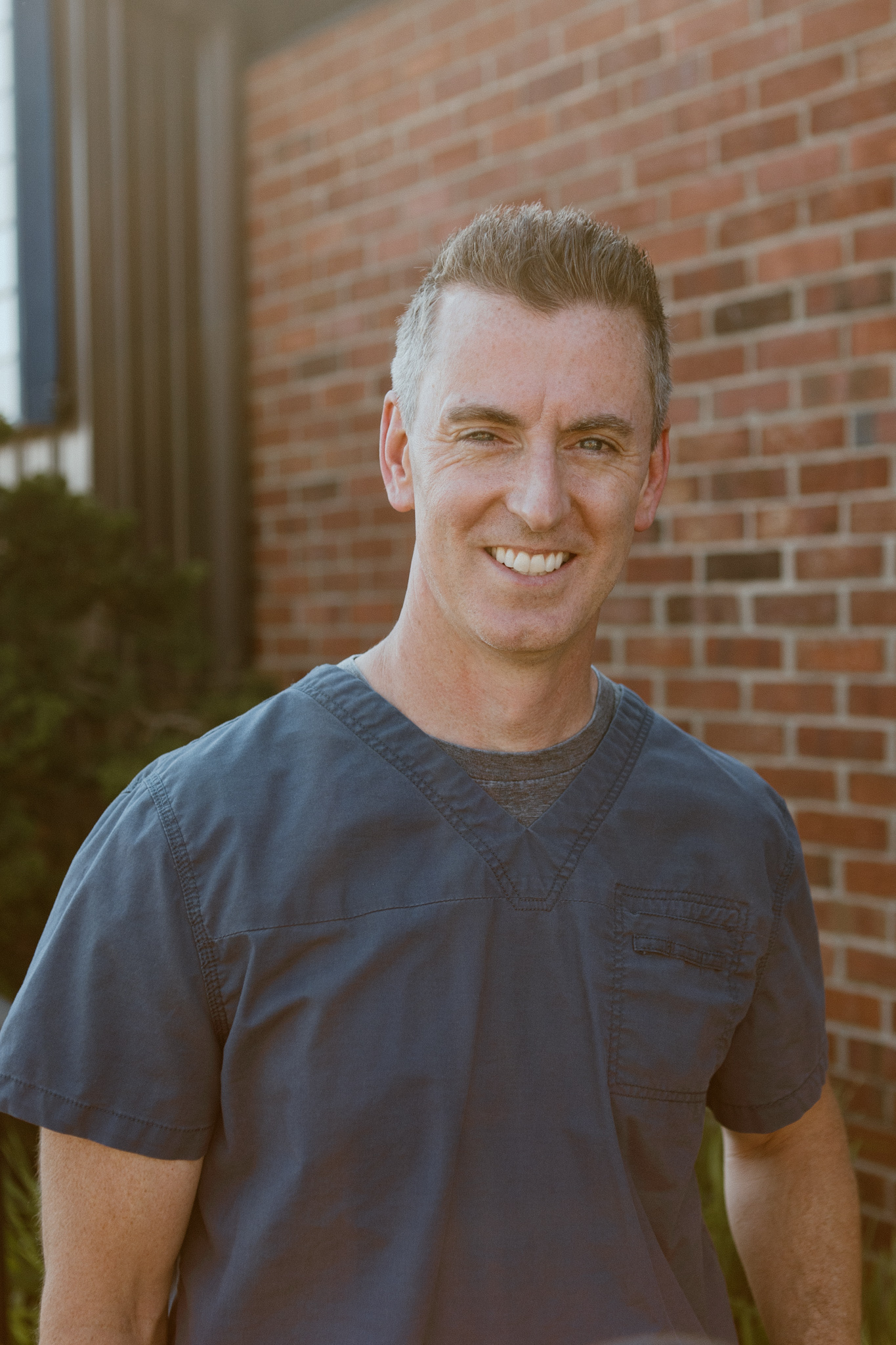 Dr. David Adam Myers was born in Wilkes County, North Carolina and grew up in Danville, Virginia. He attended Virginia Commonwealth University where he received his Bachelor of Science degree in Education. He then attended the University of Pittsburgh School of Dental Medicine where he received his D.M.D. degree. While at Pitt, he was a recipient of the Military Health Professions Scholarship and agreed to serve with the United States Navy upon graduation.
After graduating, Dr. Myers moved to Hampton Roads to begin his military service. During his years with the Navy, he completed an Advanced Education in General Dentistry Residency. He has served on four different ships and was deployed twice. In 2012, Dr. Myers' family was blessed with the birth of twin girls. After his service to the Navy, he and his wife, Dr. Sarah Myers, relocated to her childhood home of Erie.

Outside of his professional career, he enjoys running, cycling, and tinkering with automobiles. He looks forward to enjoying northwestern Pennsylvania with his growing family and serving the community of Erie.

*designating an area of interest does not imply knowledge or training beyond the scope of general dentistry.